Matthias Diehl und Tina Ternus, both solar enthusiasts from the beginning, are active in the photovoltaic industry since the 90s. In more that 20 years, both were able to acquire valuable skills in planning and implementing successful photovoltaic solutions. Since mid-2008, they run the photovoltaikbuero. 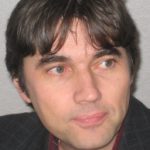 Matthias Diehl graduated in electrical engineering, specializing in the development of power electronics for solar energy systems. After that, he was responsible for the development of solar inverters at “Sun Power” and project planning and execution for grid-connected photovoltaic systems at “inek Solar AG”. Since April 2013, Matthias Diehl is a publicly appointed and sworn surveyor for photovoltaics and photovoltaic installations as well as a photovoltaics surveyor certified by the German Technical Control Board (TÜV). 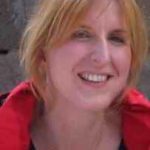 After graduating in physical engineering, Tina Ternus worked for ÖEB in Darmstadt. Here, already in 1990 she conceived the first grid-connected solar power plants for private households as part of the “1000 roofs program”. After that, Tina Ternus was responsible for project planning and execution for grid-connected photovoltaic systems at “inek Solar AG”. By finishing an extra occupational postgraduate course in “energy economy”, she was able to acquire extended knowledge in the structure of energy supply as well as issues like energy efficiency and the transition to a decentralized power supply.